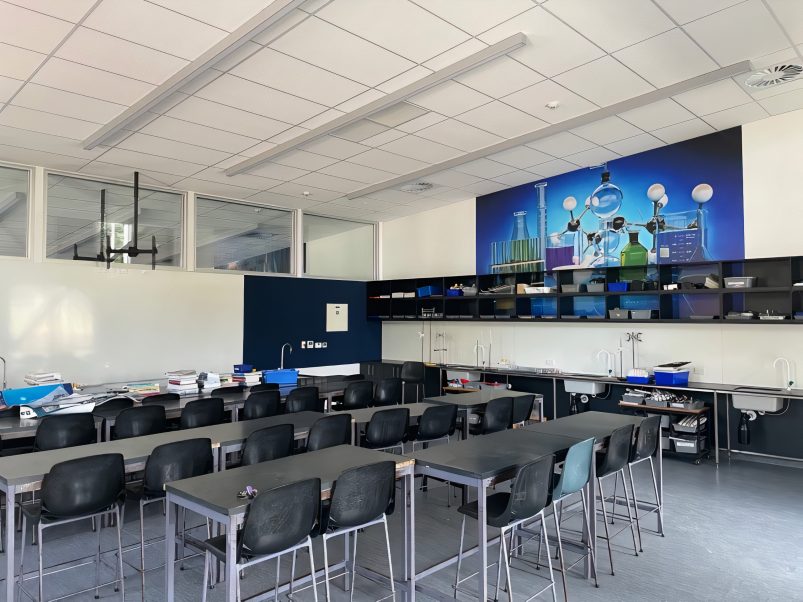 A substantial rebuild at Napier Boys’ High School, six years in the making, has marked a significant milestone with the first stage nearing completion.

The school’s current science facilities are housed in Armour Block which has seen significant wear and tear over the years.

This block has now been replaced by a state of the art teaching space which groups the science faculty in one block.

The rebuild, which was originally announced in September 2014, was due to have started the following year as one of the biggest school building projects in Hawke’s Bay.

But changes in policy meant the classroom demolition and replacement had been delayed until construction on stage one finally began towards the end of last year.

Headmaster Matt Bertram and Deputy Headmaster Bruce Smith, who has been at the helm since its conception, say it is a “huge relief” to have the first stage completed.

“The teachers are overwhelmed with how much better it is than the building they were in.”

The single-level building, two-storeys high is a “real wow feature of the school” now.

Not only is the building visually appealing, but it will also provide for changing approaches to teaching and learning.

The first stage, which is all bit done, will be officially opened in the new year.

Ground was broken on stage two of the three-stage project earlier this month, with three more classes knocked down.

Mr Bertram wanted to thank everyone involved in making the rebuild possible.