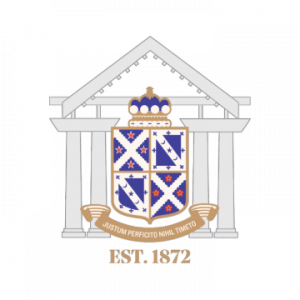 Sausage sizzles, a quiz night and even a marathon are some of the ways a group of boys at Napier Boys’ High School are fundraising for the I Am Hope foundation.

More than 30 boys have joined the school’s Interact Club – all eager to give back to their community.

Interact is Rotary International’s service club for 12 to 18-year olds. It has a membership of more than 250,000 across 159 countries.

Each individual club is sponsored and mentored by a local rotary club. For NBHS, it is the Rotary Club of Ahuriri.

So far, thousands of dollars have been raised for several charities over five years. And despite Covid-19 putting a spanner in the works, the boys are determined to reach, if not surpass, last year’s total of $2,500 for the same charity. For now, they are just planning.

Current president and year 12 student Patrick Cooper wishes he had gotten involved sooner. He is no stranger to helping the community and already volunteers for Napier’s Salvation Army and the National Aquarium of New Zealand.

“I didn’t really know about the club until this year and I thought it was something I could help out in,” he said. “It’s my spare time and that’s my community and I feel good about giving back to my community, so it is a win-win.”

Last year’s vice president Oliver Wright says the Interact club is a good way to help out the community. Last year, they organised a quiz and auction night with Harcourts Napier auctioneer Brayden Coldicutt, hosted a number of sausage sizzles and picked and sold fruit.

In the past, they have fundraised for Prostate Cancer and the Napier Family Centre, among others. However, the I Am Hope foundation resonated with the boys who realise how important access to mental health care is.

“We think mental health is something that is very important, especially in young teen like us and we think it is a great cause to donate to.”

Something they hope to pull-off this year is a sponsored sport event, either in the form of a marathon, or rowathon. They also plan to help their sister school, Napier Girl’s High School with their Interact Club’s big event.

Rotary Club of Ahuriri President-elect Mike Smith has been involved with the school’s club since the beginning.

He believes the club equips the boys with valuable skills. They are taught how to run an organisation properly, including holding elections each year and handling money.

“There are really good young people in this world. This is a good example of a group of good young men at Napier Boys’ High School.”