Star runner Reid Livingston took the honours in the Seniors six-kilometre cross country, pushed along by Napier Boys’ Ollie Marshall, who came third and Gene Court, who was placed fourth.

It was a good performance by 13-year-old George, who only started cross-country last year.

“I had rugby reps and you’ve got to be quite fit for it and then we had school cross country and I found out I was the right fit,” he said.

Like George, this year’s ECNI was the first time for Max, who has been running since primary school and came second in the school cross country earlier in the year.

For Reid, ECNI presented an opportunity to make amends for a below-par, by his high standards, performance in the school cross country where he placed second in the senior race. 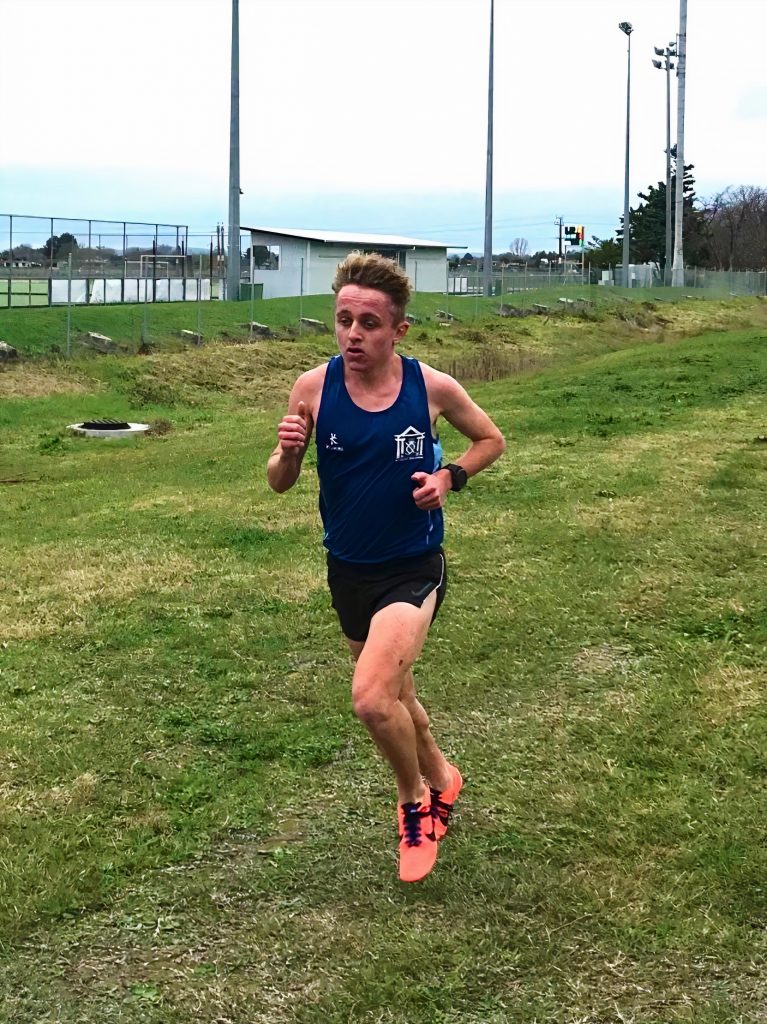 “I didn’t have the right race in the school cross country, which was 3km shorter and I am more of a long-distance runner.”

With that race fresh in his mind, Reid was determined to win at ECNI.

“It was a pretty nice course and wasn’t too tough. I wanted to win.”

NBHS Deputy Headmaster and athletics master, Bruce Smith, says a friendly rivalry between the three senior athletes, Reid, Gene, and Ollie, is what pushes them all to succeed.

“The reason they are so good is because there are three senior boys who are good and they fight over it, so Reid wouldn’t be as good as he is if it wasn’t for Gene and Ollie and visa versa.”

Mr Smith said it was the same for the two younger boys, George and Max, who “egged each other on” in their cross-country race.

“They won by miles. There was at least 100m between them and the third-placed runner.”

“To make it even better, both our teams won. Max, George and Bronson Saunders won the three-man team in the Year 9 boys’ race and in the senior boys we were first, third and fourth so won the senior team prize.”

He said that while the performance was good, it was not the best year for Napier Boys’ at ECNI.

Looking ahead, Mr Smith said that all the boys had training schedules which their parents were helping them with over the holidays. He said the year’s events had been shuffled along because of Covid-19.

The Super 8 competition against other large Boys’ schools will be held in Gisborne on Monday, August 24, while the National Championships will now be held on September 19.

“It is all about getting some confidence and giving the boys more races to run. We are seeking races outside the district to race and are planning to go down to run the Wellington Secondary Schools just because they need competition.”