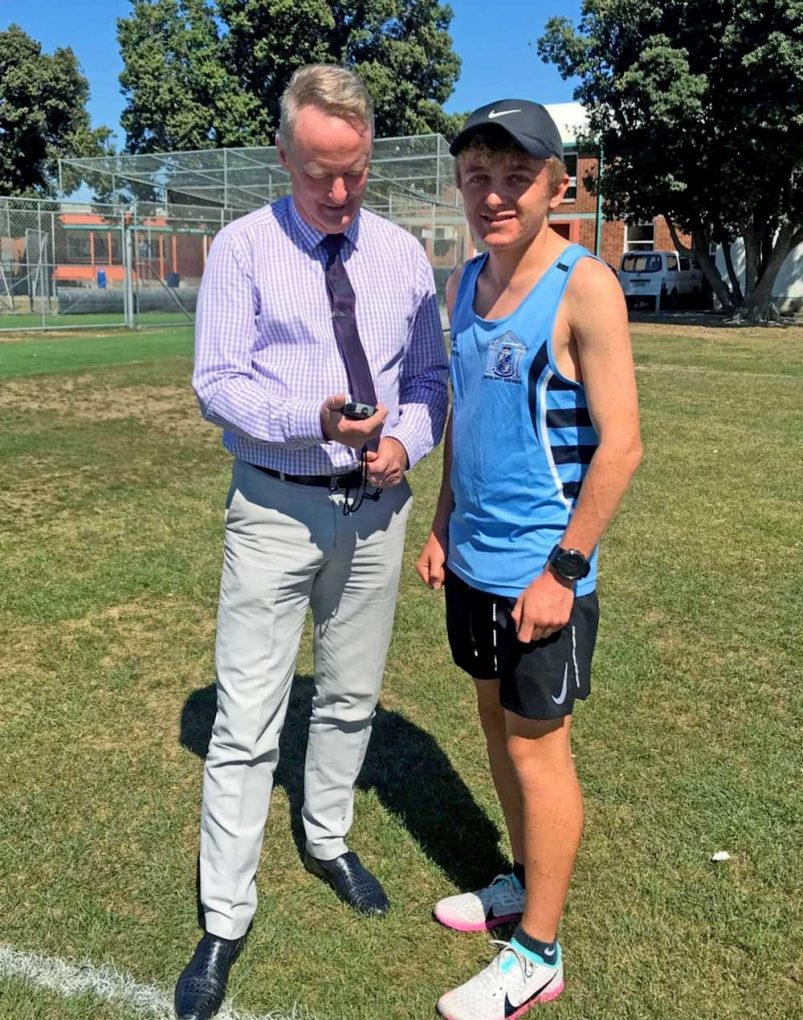 Two years ago, Reid Livingston was not sure of what he wanted to do with his life.

Now, the year-13 Napier Boys’ High School (NBHS) prefect is set to compete at the World Secondary Schools Cross Country Championships in Slovakia in April and has his sight firmly set on a running scholarship to the United States.

For the 17-year-old, seeing the transformation in his own life makes him proud. If it hadn’t been for his dad pushing him into furthering his natural talent, and Mr Smith taking a chance on him, his life could have been a far cry from where it is now.

In year 10, his father said he was “wasting a talent”. At first, those words fell on deaf ears, but soon an ultimatum arose. “I put it off for a month. I was like, ‘I won’t get anywhere Dad … nowhere. But he kept begging me and I was like, ‘okay, I’ll give it a crack.’

With little more than two weeks of proper training under Mr Smith’s guidance, the then-year 10 came seventh in the East Coast secondary schools road race championships, followed by being the third person to the finish from the NBHS team at nationals a few weeks later that placed second in the 3 man team.

“That’s what really kicked it off for me,” Reid says. “I guess I started to believe in myself. I had beaten the other boys that had been training for months.”

Reid now trains six days a week and clocks up 90km most weeks. “The running was keeping me focused on school life.” As his passion for running grew, this had a positive effect on his studies. Reid, who had been in a mid-stream class, achieved a merit endorsement in year 11, and an excellence endorsement in year 12.

“Through year 11, I could really see a change in myself. I was getting better grades and I was actually wanting to learn in class.”

Over the years, Mr Smith has become a “father figure” for Livingston. “He saw potential in me … He is a great mentor because he’s this awesome dude who would do anything for anyone and I just really look up to him. He has changed me as a person.”

In April Livingston will attend a week training camp in London before heading to the championships in Slovakia. Along with his running, he hopes to study physiotherapy or something similar.

“I just feel like I am making the most of my time now. Back then I wasn’t anything special, but now I can look at myself in the mirror and be proud of what I have achieved.”

For his part, Mr Smith is pleased to have been able to guide Reid.

“There are other boys like Reid. Having someone pick up on them, be it their coach or teacher has really changed their lives for the better.”