Representing the country in basketball is a dream come true for two Napier Boys’ High School students who have left it all on the court in a bid to achieve their goals.

Clifton Bush III and Tommy Fergusson have been named by Basketball New Zealand as part of the 2020 Junior Tall Blacks.

The year 13s attended February’s National Junior Team Selection Camp in Rotorua. For Tommy, he is just grateful the selectors “saw something impressive” in him. 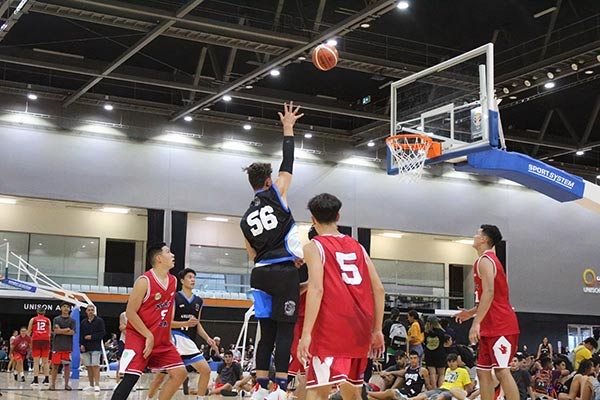 Despite the possibility that some of these players might not play in the black singlet this year due to COVID-19, Basketball New Zealand High-Performance Director Leonard King said officially naming this team was important to not only acknowledge that these players did make the roster, but also to shine a light on these young Kiwi talents.

The global pandemic has forced the cancellation of many sporting events including the Albert Schweitzer International in Germany which the JTBs were set to play in.

He says the goal is to help the players be seen and sought out by college scouts looking to fill scholarship positions, teams within the Sal’s National Basketball Leagues and any other opportunities that this recognition helps secure.

“Unfortunately, the Junior Tall Ferns and JTBs will not take the court anytime soon. But being named in a New Zealand roster also helps highlight these players as top young talent.

“These lists will be on the desk of recruiters in no time. We wanted to ensure that still happens and the opportunities for these awesome young Kiwis are still made available.”

During the video announcement, Head Coach Aaron Fearne named each player and acknowledged their strengths.

He “finds a way to be in the right place at the right time to finish plays around the basket,” he said.

On the other hand, Clifton has “great length [and] great athleticism”.

As a small forward, he “will be very good for us in transition and in the half-court,” Fearne said.

“His ability to slash to the basket and cut off the ball will create problems at the offensive end of the floor.”

The two are no strangers to playing basketball on a higher stage. Both play for the NBHS Senior A Basketball team, Hawke’s Bay Under 19 boys and the Hawke’s Bay Hawks. 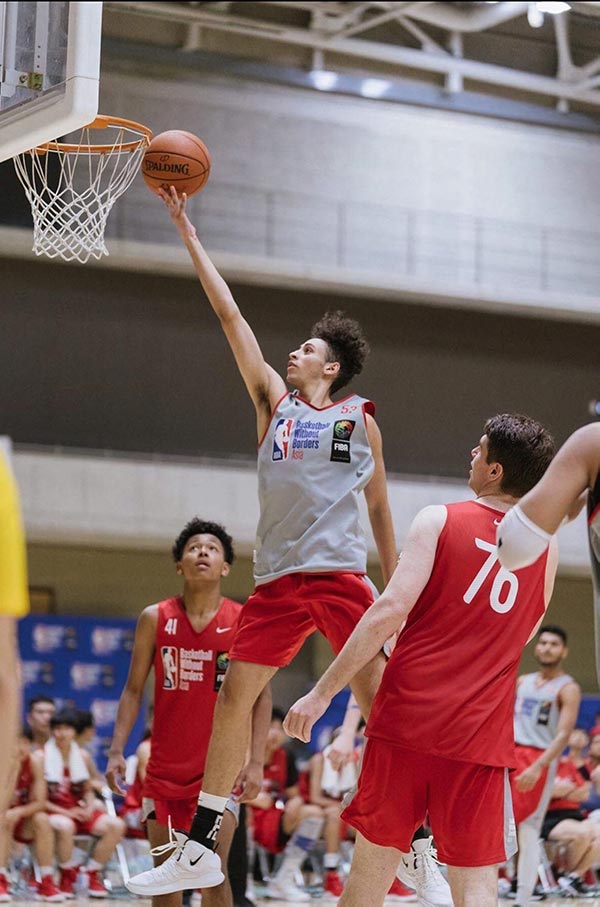 Clifton credits their successes to the amount of work they have put into improving and working on their craft.

For Clifton, it is no surprise his path has led him to where he is today. His father Clifton Bush II played professionally and is the former Hawks captain. He has been there “every step of the way” for his son.

“Ever since I saw him balling out on the court, I just thought to myself, wow, wow I want to do that as well, I want to take this serious from the get-go.”

While he is a fan of the likes of the late Kobe Bryant, LeBron James and Michael Jordan and aspires to have a career like them, it is his father and homegrown talent including Paora Winitana and Paul Henare who have been his “idols since day one” and have brought him to where he is today.

“Seeing them play professionally in New Zealand and in the world cup for the Tall Blacks, that’s been inspirational.”

As for Tommy, after about five years of playing basketball, it was not until his height took off in year 11 that he decided to transition from rugby to basketball. It is the strategy of the game, which he has come to understand over the years, and enjoys most.

The teenagers both hope to continue to the highest level possible with the sport, whether that is here or overseas.

However, for now, they cannot wait for the season to start again, and to get back on the court.